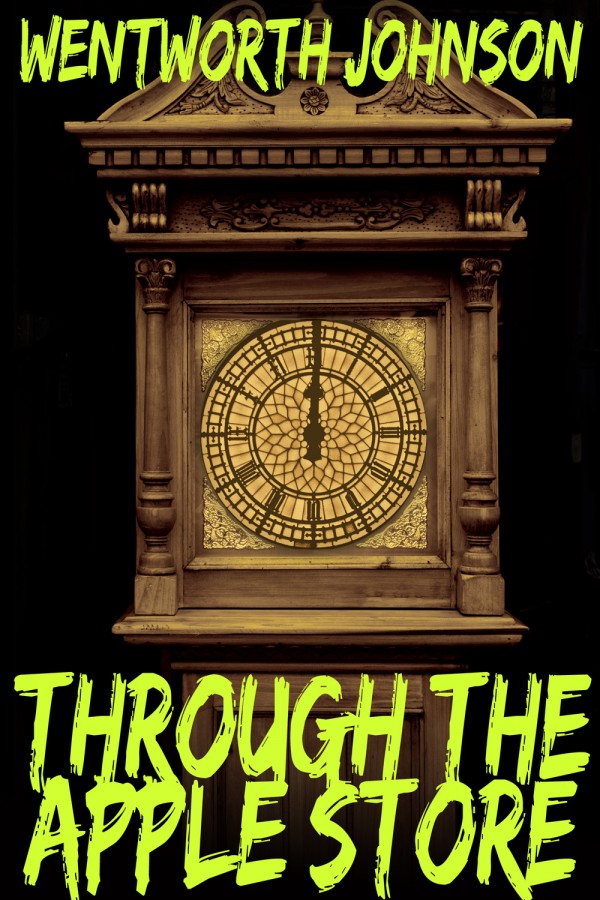 Through the Apple Store

It seem that someone has murdered an actress. Who would believe the actual truth? Howard thinks a wandering Viking is the guilty party and Donavon Merryville gets the blame. In order to appease mad Albert and solve the murder, Donavon enters on a fantastic voyage through the centuries. He discovers and falls in love with Anneke, a siren from the 1800s. Forced by Albert, driven by love and inexorably channelled by time itself, Don blunders into the Viking wars of East Anglia and discovers a plot to assassinate Winston Churchill, the wartime English Prime Minister. This terrible situation must take priority and Don defeats all odds and befriends Major Howard. Albert again takes control of Don’s life and he is forced into marriage. An exciting honeymoon ensues with the bride and groom running away after causing havoc in the 1860’s. Eventually Donavon returns to Bloodisland House with his tail between his legs and settles down to married life only to restart the cycle and get the blame for the murder of an actress.

Be the first to review “Through the Apple Store” Cancel reply