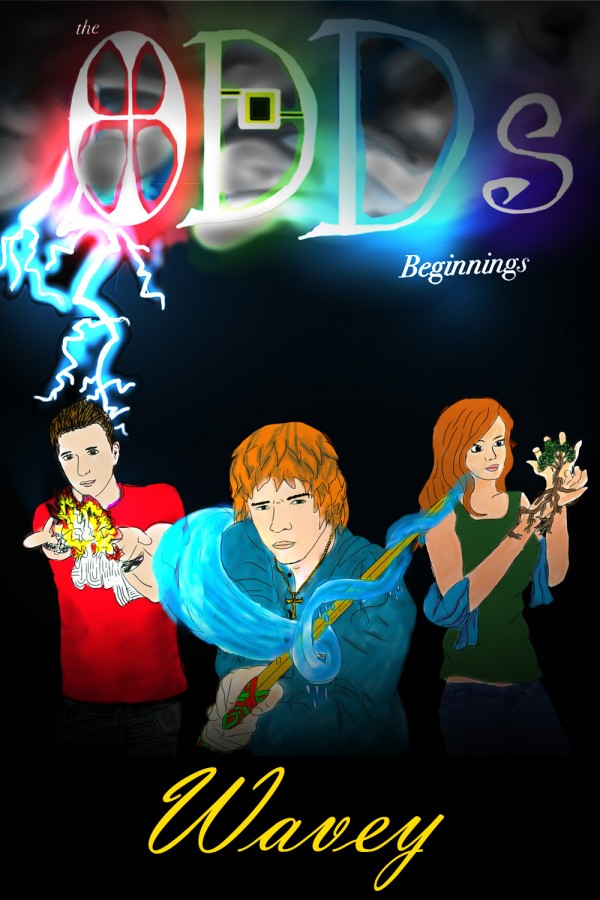 The ODDs Beginnings is about how an old order of demon fighters and wizard trainers is wiped out in one night, and what the powers of good (the Powers of Light) choose to do in reaction to this. They choose a teenaged guy, David Murphy, as the Water Empowered and then Richard Stephens as the Fire Empowered. These young men have increased physical strength, heal faster, and eventually begin to learn how to control their respective powers. The story follows them from when they both first become Empowered and through trying to learn about these powers, with the help of Christopher Games and Jerry Sweapons and a team they build up called the ODDs: the Organisation of Demon Destroyers. Early in the story David has a dream and as the story progresses it becomes evident that this dream is actually prophetic. The dream changes as David’s circumstances change and each dream (bar one) takes place on what they call “The Night of the Green Hands.” The dreams reveal an enemy called Scoilteach (an Irish word meaning ‘Acute Pain’) who plans on raising an army and taking over the world. He needs to open a Dimensional Portal on a hill known as Oakhill (now a hockey pitch in a school) and the ODDs need to stop him or he will achieve his ends, rebuild his army, and bring destruction to the world as we know it.

Be the first to review “The ODDs Beginnings” Cancel reply