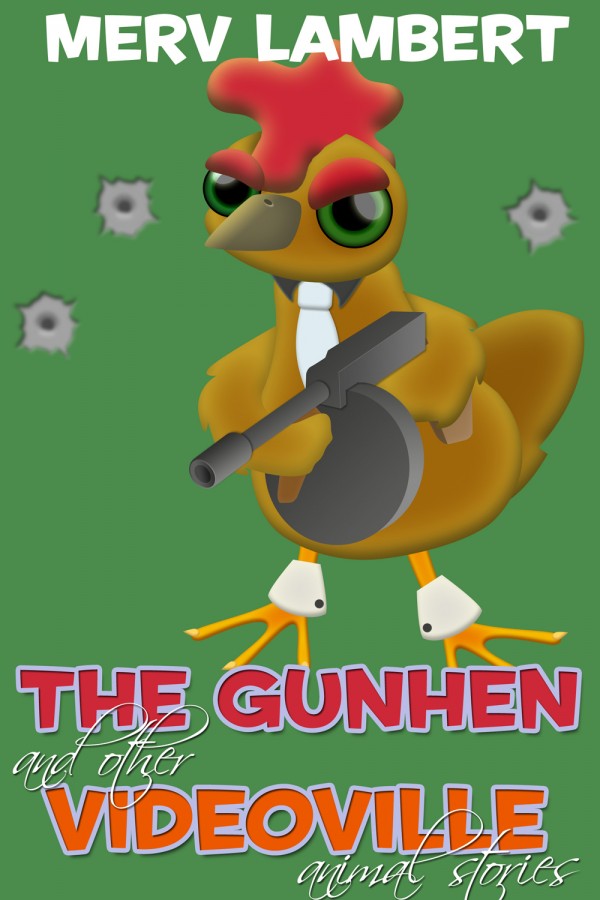 A collection of childrens stories based on the videoville animals… What causes Matilda the hen to shoot up the Foxy Club? Aided by their friend Stinky Winky, Mewsli and J.S. Bach, the private detectives investigate and solve the case to the displeasure of Spotto, the lazy chief of the Videoville police. In ‘The Owl Who Wasn’t Very Bright’ young Oliver Owl, inspired by Owlexandra, his new girl-friend, overcomes his usual incompetence to humiliate Tony Tawny Tornado Owl by planting him neatly in a basketball hoop. Morrey Monkey reads and acts out the story of how Dotty, the naughty young dinosaur, helps her uncle to trap the gigantic, deadly Ramborinctus. Morrey unexpectedly wins himself a new role in Mike Mudd’s next film. How does the Wherewolf change from possibly becoming a werewolf to become the voice of Videoville Sat Nav? ‘The Duel’ sees the crucial contest in the Two Town Gala between Videoville and DVD Town, in which the arrogant Ronaldo Rhino, the mayor of DVD Town, takes on Videoville’s studious Erwin Elephant. It climaxes in their amazing cycle race.

Be the first to review “The Gunhen” Cancel reply