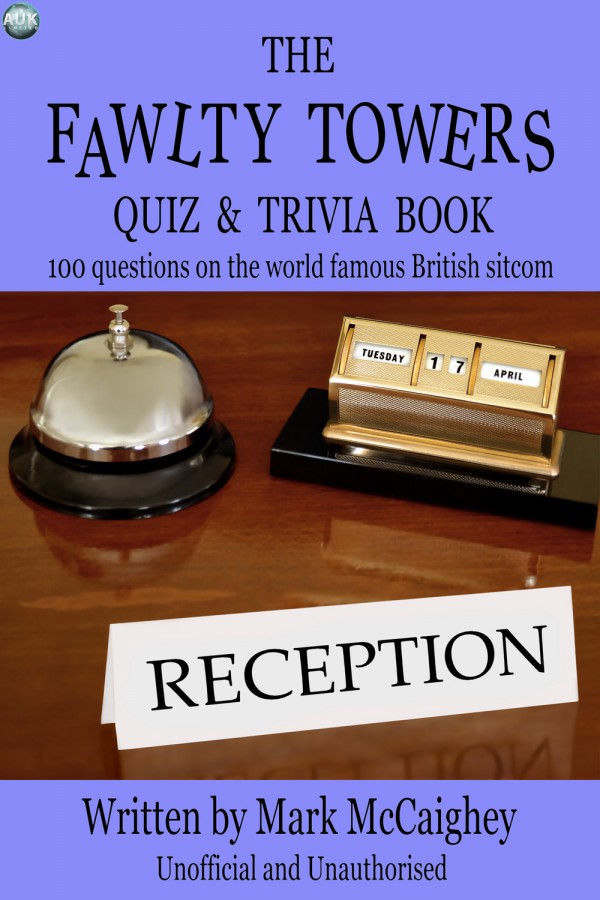 In a list compiled by the British Film Institute in 2000, Fawlty Towers was voted by industry professionals as the best British television series of all time. To this day lines from the series are still quoted and instantly recognisable and characters, situations and storylines are still fondly recalled. Quite an achievement for a series that ran for only twelve episodes, beginning in 1975 with a series of six on BBC2 and ending with its second series four years later in 1979. Now you can test your knowledge with 100 episode by episode questions and maybe learn something you didn’t know about John Cleese and Connie Booth’s outstanding sitcom in ‘The Fawlty Towers Quiz and Trivia Book’. Did you know that when the great Charlie Chaplin passed away his widow consoled herself by watching videos of the show? Or that it took three attempts to find the right kind of tree branch for Basil to give his broken down car a “damn good thrashing” in the episode ‘Gourmet Night’? These and many more fascinating facts can all be found in the ‘Fawlty Facts’ section of the book, whilst in the ‘Fawlty Register’ you’ll discover the origins of some of the character’s names. ‘The Fawlty Towers Quiz and Trivia Book’ will entertain and inform and is an absolute must-have for Fawlty Towers fans of all ages.