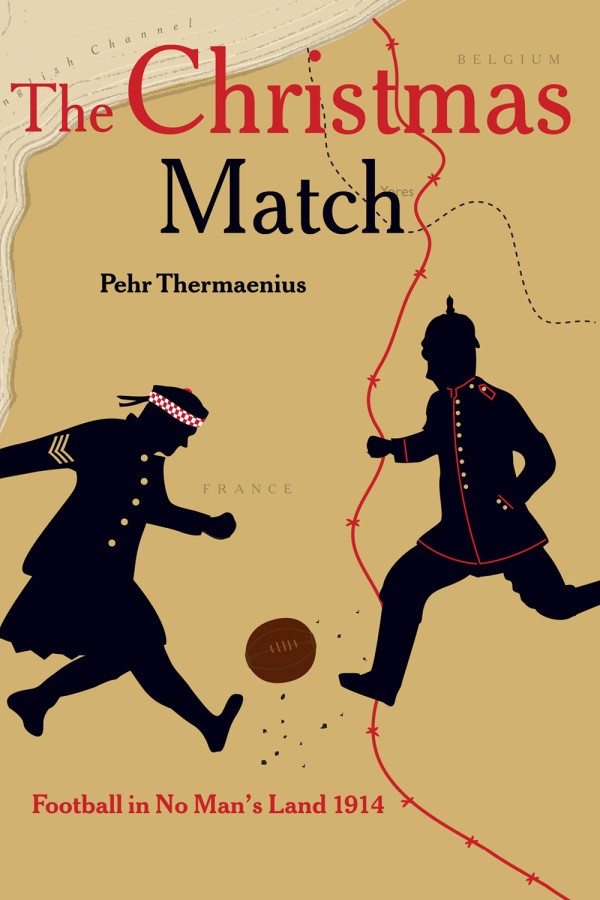 After four months of intense fighting, the war in Flanders between German and British soldiers fell silent on Christmas Eve 1914. The soldiers started singing instead of shooting. On Christmas Day they came out of their trenches and met in No Man’s Land. Some chased rabbits. Some played football. This true story is about two footballers and soldiers, one Saxon and one Scot, who were in units that played a match in a field between the French villages Houplines and Frelinghien.
Scotsman Jimmy Coyle had played professional football before the war. Saxon Albert Schmidt played in the third team for his local club. On Christmas afternoon they each got the chance to defeat their opponents without weapons. Pehr Thermaenius has tracked both Jimmy’s and Albert’s stories through military archives; from mobilization in August to the hard frozen mud in that field in Flanders that became a football field on Christmas Day. The story of the football match is a light in the darkness as the world remembers the tragic waste of a hundred years ago.

Be the first to review “The Christmas Match” Cancel reply