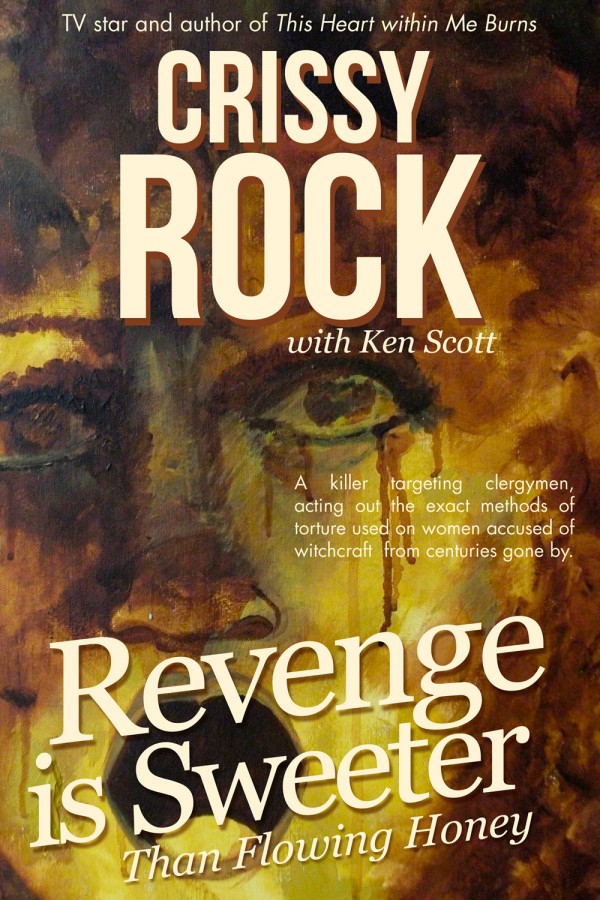 Revenge is Sweeter than Flowing Honey

The trussed up body of a priest is discovered in a fashionable apartment block in Manhattan. It looks like a sex act gone wrong and of course the Catholic Church is only too keen to cover up the details.
What they don’t know is that it’s the work of a female serial killer who is convinced that the voices urging her on are from a different era.
The killer targets the clergymen, acting out the exact methods of torture used on the accused women from centuries gone by. She wants to terrorise the Catholic Church the way it terrorised Europe for over three hundred years.
Cardinal Barberini is the right hand man to the Pope and he knows only too well that the Papa’s life is in danger. But he does not need a retired policeman and a third rate journalist to tell him that, nor does he need them to interfere. He has a very capable death squad on the trail of the killer and they are getting closer. Now he may need to deploy a second team to deal with the odd couple who know far too much about the church past and present…