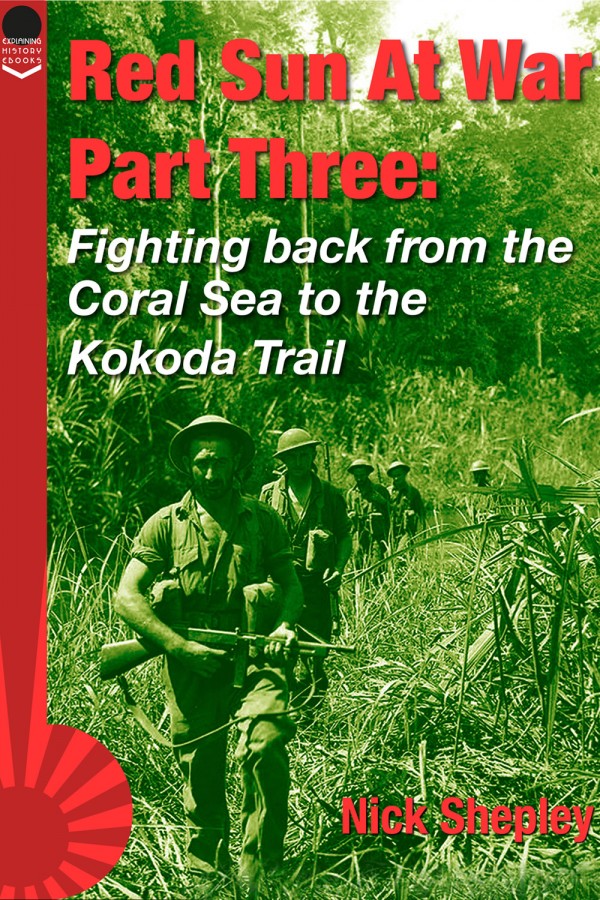 By early 1942 the Japanese appeared to be unstoppable. On land, sea and in the air they have devastated their European and American enemies and in the space of a few months built a vast empire in the Pacific and South East Asia. 1942 would be a year of desperate struggle for the Australians and Americans who defended the Marshall Islands and Papua, the only defences that Australia possessed against the encroaching enemy. This e-book tells the story of the dogged defence of Australia and the end of Japan’s ambitions of permanent conquest, charting the end of her run of conquests and the start of a long defensive retreat that would end, three years later with total defeat. This is the third part of a six e-book series on the Pacific War, but can also be read as a stand-alone title. Explaining History e-books take the often convoluted and complex narratives of war, strategy and combat and make them accessible for a wide readership without losing depth and analysis.