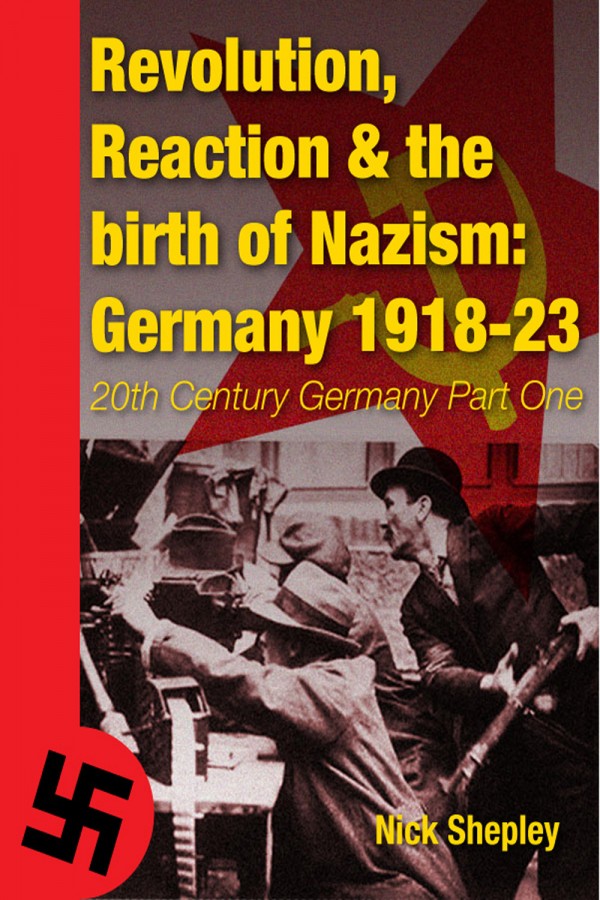 Reaction, Revolution and The Birth of Nazism

By the end of the First World War Germany was in a state of anarchy as rival political forces battled to determine her fate. Since Germany’s birth in 1871 the ideas behind the revolution the broke out in 1918, socialism, communism, anarchism, had been countered by a growing reactionary nationalism, racism and anti-Semitism, and it would be in the crucible of war that these conflicting beliefs would finally clash. This ebook tells the story of the German Revolution of 1918, an often overlooked event that had consequences every bit as far reaching as its Russian counterpart in 1917. It is the first part in a series that will look at the German Century. Explaining History is a series of ebook titles dedicated to making 20th Century history accessible for all readers, ideal for enthusiasts, students and readers who want to know more.

Be the first to review “Reaction, Revolution and The Birth of Nazism” Cancel reply