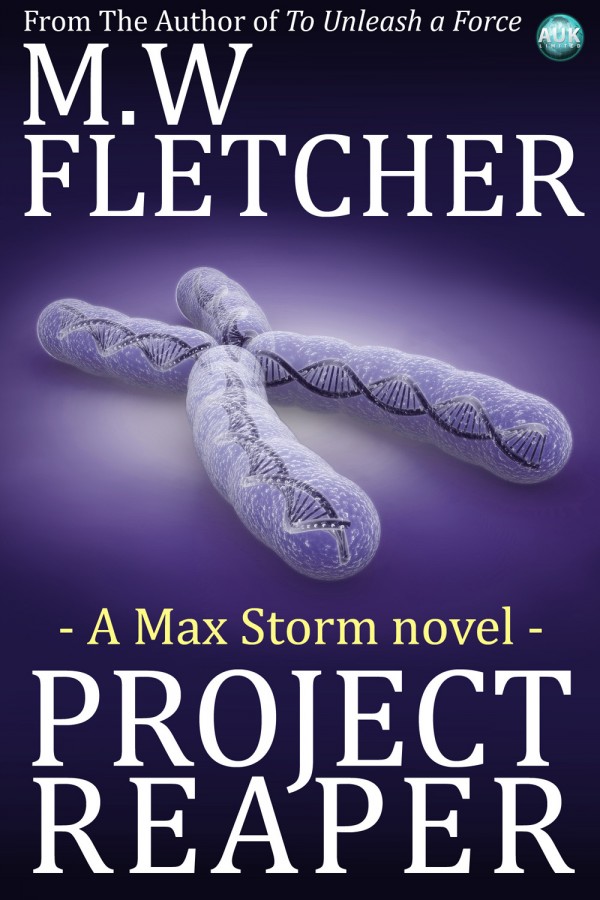 What would a British Scientific Nobel prize winning Professor and the head of a South American Drugs Cartel have in common? Professor Winston Alexander Hooke is the head of the Advanced Genetic Biotechnology (AGB) Research Centre that is the largest agricultural research centre in the United Kingdom. Two years ago, a government subcommittee had approached him to find a way to eradicate the opium poppy plant; the Project became known as Project Reaper. He succeeds and the results will be devastating to the opium plant. Toledo Verdugo is the head of the Verdugo cartel in Bucaramanga Colombia. His empire has thrived on the cultivation of the opium plant and selling the Heroine derived from it, to whomever can afford it from him. When Verdugo learns of this Project Reaper he is not going to allow anything to interfere with his business. He hatches a plan and the consequences result in chaos and bloodshed on the streets and the skies above Britain. As a result of this Max Storm, Major Strayker and the Operational strike Command have once more to step up to the plate in an attempt to bring order to the chaos and retribution to people who have instigated it. From the UK to the Maldives, Washington USA and South America there will be no hiding from the OSC. The OSC; is Britain’s first and last line of offence.

Be the first to review “Project Reaper” Cancel reply