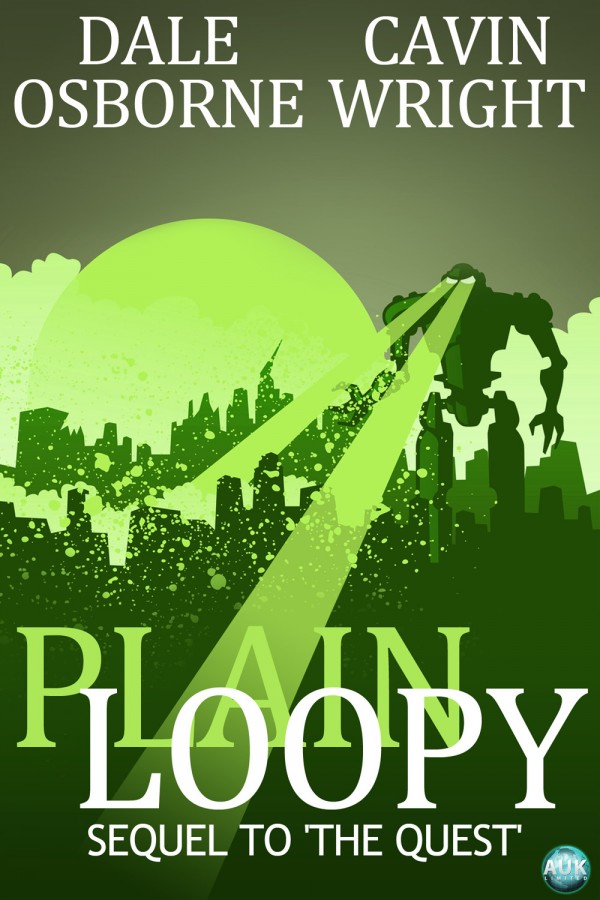 The second and concluding book of the chaotic adventures that began with The Quest. The Warlock Netherspoon, and the Immortal Sid, find themselves trapped in the alternate world of Tharin. To their surprise, it is far more advanced than their own world. In this universe, the T’carthian Druids have conquered most of the planet and a race begins to track down Netherspoon’s alternate self, the only man who may be able to help them get home.With the aid of the D.A.T.O (Dwarves against T’carthian oppression) and the S.A.S (short and stealthy) the two begin their long journey.
Emperor Vorden, despotic leader of the T’carthian Empire, unleashes his secret weapon, the THX 13 (the Verminator). A terrifying humanoid robot that is sent to destroy all rebellious elements within the empire, along with a few choice nuclear missile strikes for good measure. Overseeing this project is the dreaded Eric Von Lederhosen, head of the much feared Testapo, the man they simply call – the iron fist in the iron glove inside a tank surrounded by a herd of angry rhinoceroses. The answer is simple, Netherspoon must go forward in his time, which is in the past in the alternate universe, change history that has yet to happen and save two universes from utter destruction. Confused? Wait till you read the book!

Be the first to review “Plain Loopy” Cancel reply