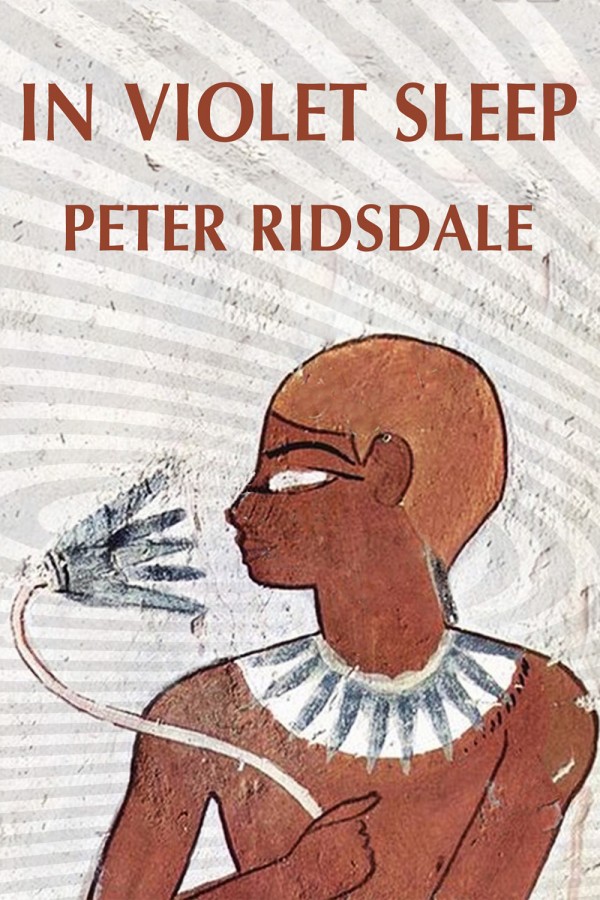 The year is 600 BCE. Egypt and Babylon are engaged in a bitter struggle for supremacy. The Egyptian pharaoh has commissioned an expedition, led by his allies the Phoenicians, to circumnavigate Africa so that he can combine the forces of his Mediterranean and Red Sea fleets. But nobody at that time knows the true size of the continent. It is to be a journey into the unknown.

The expedition includes Greek, Carian and Etruscan mercenaries and the scribe Pa Nofre, who is to write a report. The mission, however, is in peril… could it be that the Babylonians have placed their spies within the fleet? Even Pa Nofre has a secret vice which must remain hidden – that he is addicted to the powerful hallucinogen, the Blue Lotus, which is in danger of affecting his sanity…

In Violet Sleep gives a hallucinatory vision of the ‘pre-scientific’ world’s outlook, at a time when all things were considered to have been caused by the gods, but it is set as a tense thriller. It is at once a selective guide to ancient mythologies and anthropology but it is also a disquieting, and contemporary examination of the nature of addiction.

Be the first to review “In Violet Sleep” Cancel reply