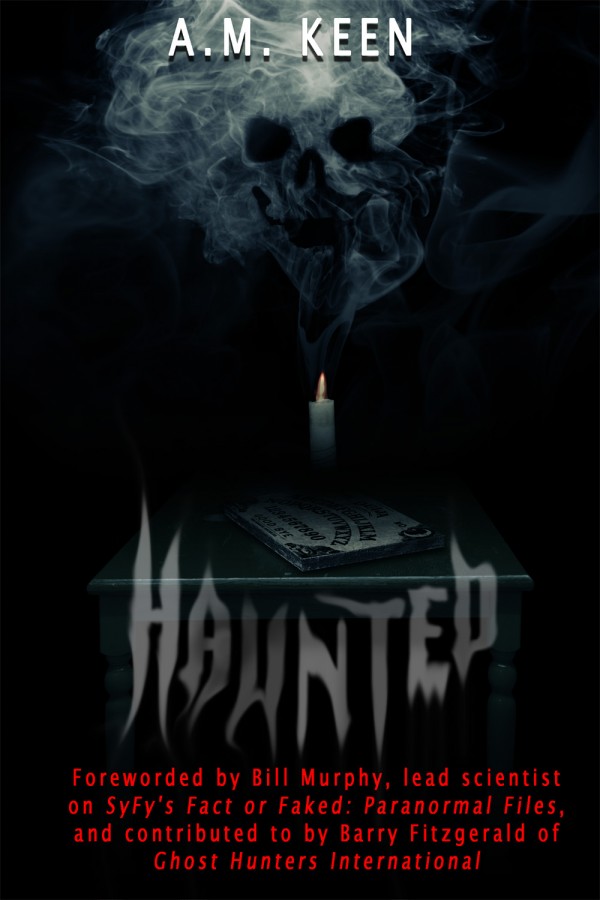 Mysteria, a small fishing island located just off the coast of Oregon. Covered in dense forests, its isolation is exactly what award-winning author Cameron Drake is looking for. After an amicable divorce he moves to the island from England, in an attempt to reignite his writing career. However, Cameron’s arrival begins with a strange encounter on a deserted road, and leads to a series of hauntings that force him to question his sanity and investigate its history. As the community around him slowly vanishes, it appears Mysteria is not everything it seems. Aided by his loyal pet, Akando, an Alaskan malamute, Cameron descends into the strange world of the paranormal. Slowly, he begins to believe the hauntings are an attempt to warn of a fate that will befall the island and its remaining occupants. A quest of witchcraft, Ouija boards and contact with the dead awaits Cameron, but as he investigates deeper, the island’s secret becomes clear.

Be the first to review “Haunted” Cancel reply