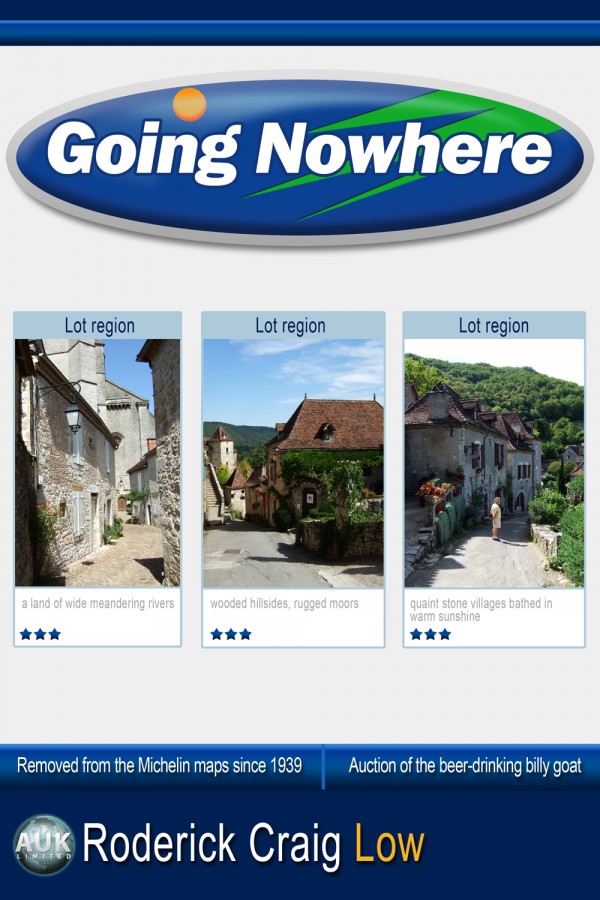 On a touring holiday in south-west France, a young English couple, Jennifer and Peter Robbins, quickly fall under the charms of the Lot region – a land of wide meandering rivers, wooded hillsides, rugged moors and quaint stone villages bathed in warm sunshine (not to mention the more worldly pleasures of good food and curiously strong drink). Their holiday takes a step into the unknown when they decide, on impulse, to purchase a house in need of restoration in the remote and pretty village of Lecul-en-Quercy. During their frequent visits, they get to know many of the local characters, including Thomas Chêne, the wily mayor; Maisie Connell, the English estate agent who has special techniques for promoting business; Messieurs Blanc and Grospetit, the rival bakers; Marie, the Mayor’s long suffering sister and reluctant spinster who daily faces the challenges of computers, community keys and the temperamental town-hall toilet. The Robbinses also have to deal with incomers like themselves –William Montgomery, the retired palaeontologist with a deep secret; Gilbert and Nancy, who impress the locals with their fertility; Stéphanie de Chartres, with her out-of-place airs and graces, and even President Jacques Chirac. But it’s the hilarious situations that prove the most memorable – the hunter’s dinner, where British honour is at stake; the annual snail race, when extreme steps are taken to ensure victory; the terrible revenge meted out to an ambitious mobile trader; the auction of the beer-drinking billy goat; the curious consequence of the incomers’ visit to the cemetery that divides the community, and the pending disaster that brings them all together again. And all this in a village that, due to a cartographer’s deafness and a faulty telephone, has been removed from the Michelin maps since 1939.

Be the first to review “Going Nowhere” Cancel reply