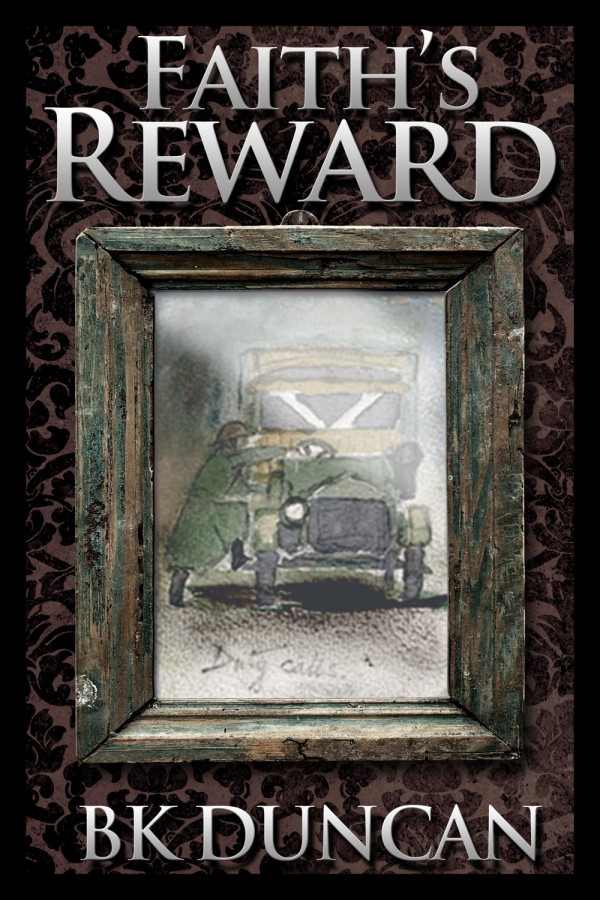 It is April 1918 and May Keaps is a twenty year old ambulance driver stationed at The Front. As if transporting hideously wounded soldiers, sleep deprivation and constant shell bombardment weren’t enough, she becomes unwittingly entangled in the untimely death of a young captain of the Cambridgeshire Pals’ Battalion. Newly-arrived in Northern France he was found with a discharged pistol by his side; rumours on the battlefield were it wasn’t an accident but that he had taken the coward’s way out and committed suicide. Whatever the explanation, Tobias Fairfax left a dangerous legacy of his past that only May finds herself in a position to de-fuse. Except she is not the only one with a desperate reason to get to the bottom of the truth. And by someone who, in a world where life can be extinguished in the blink of an eye, has nothing left to lose. Faith’s Reward is a prequel to the historical crime novel, Foul Trade.

Be the first to review “Faith’s Reward” Cancel reply