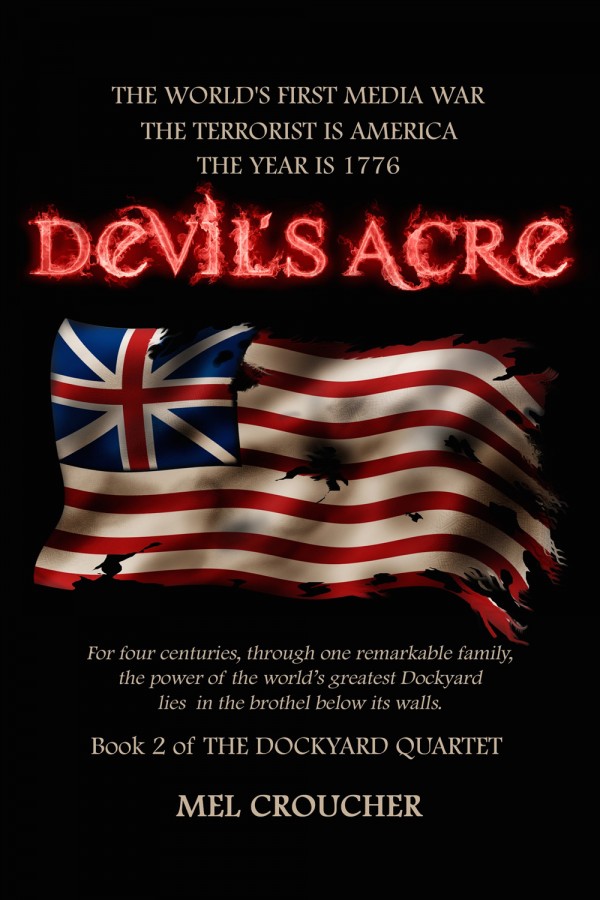 The world’s largest building collapses as terrorists launch weapons of mass destruction against the civilian population. Except this time the target is His Majesty’s Royal Dockyard. The superpower is England. The terrorists are American. And it’s 1776. Shock and awe, as a media war sows the seeds of fear, and panic sweeps the nation. The conspirators behind the atrocities are revealed to include a transvestite aristocrat, a crippled media baron and an alcoholic child, all holed up in the navy’s favourite brothel. Welcome to Devil’s Acre.

Be the first to review “Devil’s Acre” Cancel reply