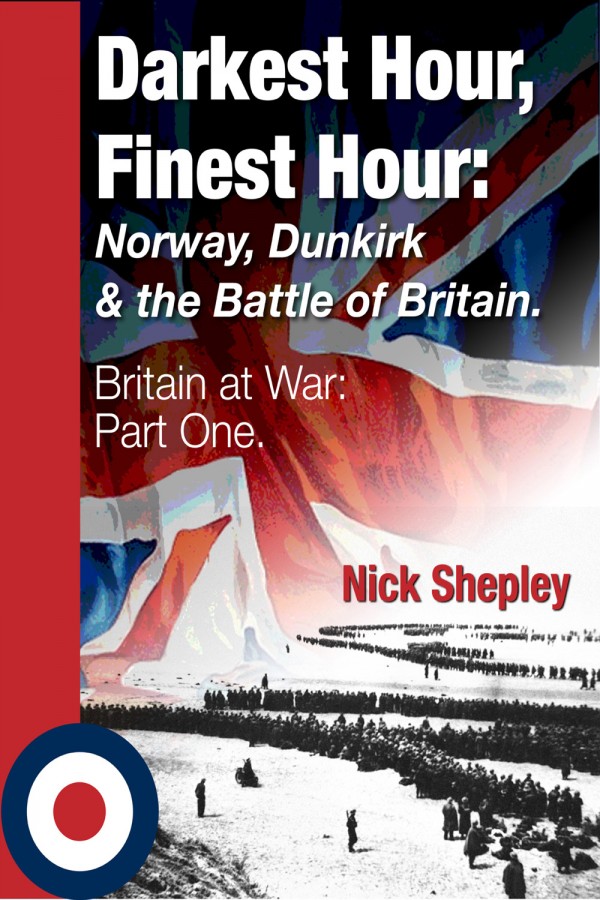 The year of 1940 was a strange mix of catastrophy and triumph for Britain and her ability to hold out against the seemingly unstoppable success of Hitler’s war machine had profound implications for the rest of the war. This ebook covers the first German campaigns in the west, the fall of Norway and Denmark, the capture of Holland and Belgium and the collapse of France.
The biggest military disaster to befall the British Army in Europe left 300,000 men trapped at the port of Dunkirk, and it was British resilliance, organisation and determination that saved the majority of the British Expeditionary Force from anihillation on the beaches. Operation Dynamo and two other key evacuations gave Britain enough men from which to rebuild the British Army. Throughout it all the controversial figure of Winston Churchill, flawed, brilliant, inspirational and exasperating to his generals, united a country who’s confidence had buckled, and led them on with inspirational words: “We Shall Never Surrender.” You can download this first volume of Britain at war soon.