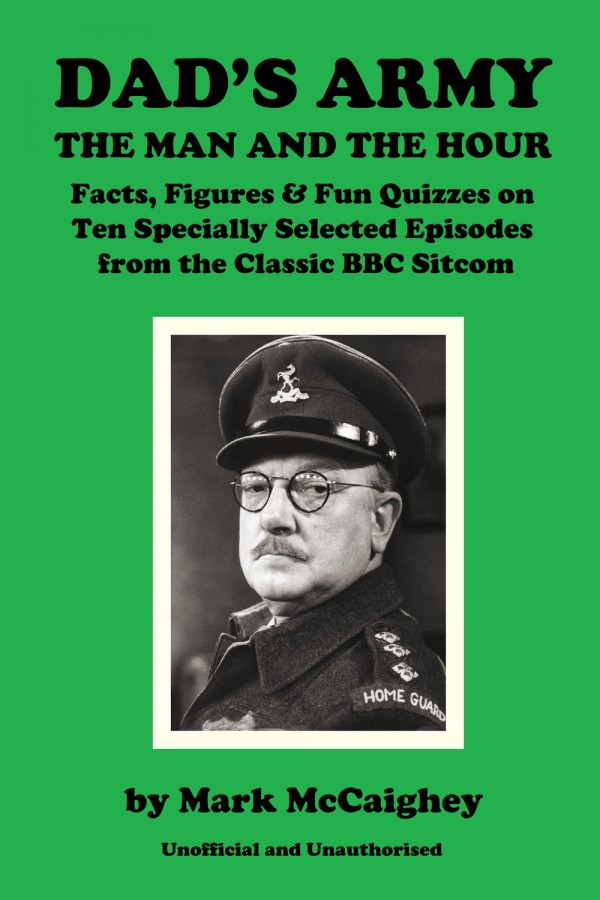 Dad’s Army – The Man and The Hour

This original, informative and entertaining book focuses on ten specially chosen episodes from the eighty Dad’s Army shows that were produced during the programme’s long run from 1968 to 1977. Amongst the episodes featured are ones that have been favoured by the writers Jimmy Perry and David Croft and by some of its stars – John Le Mesurier, Ian Lavender and Frank Williams. There are anecdotes and quotes from those involved and quizzes on each of the episodes, which are: The Man and the Hour (first episode), The Showing Up of Corporal Jones, The Armoured Might of Lance Corporal Jones, Something Nasty in the Vault, Branded, Mum’s Army, The Deadly Attachment (the “Don’t tell him, Pike” episode), The Royal Train, Ring Dem Bells and Never Too Old (final episode). Dad’s Army The Man and The Hour is an absolute must-have for fans of this classic sitcom.