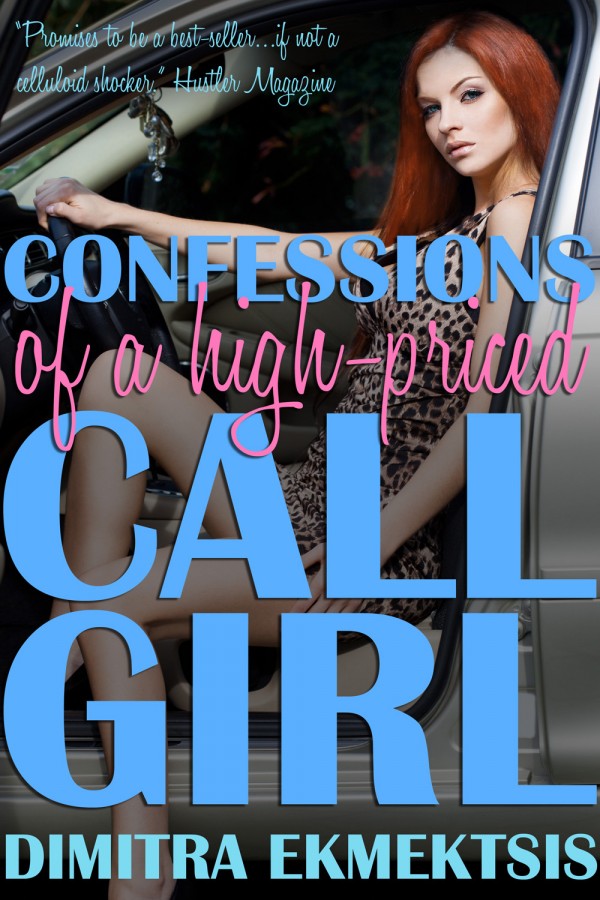 Confessions of a High-Priced Call Girl

Praise for Confessions Of A High-Priced Call Girl “With clients that included Oscar winning screenwriter Aaron Sorkin, Dimitra became the Happy Hooker of the 1990s. Now she shares some of her juiciest anecdotes in a tell-all book that promises to be a best-seller.” Hustler Magazine A prince from Oman flies Dimitra from New York to Las Vegas on a private jet; a 65-year old business tycoon who, in the days before Viagra demands little more than the 24-old Dimitra’s company; a hot film actor who is so well-endowed he is “painful”. But no other client receives more attention than Aaron Sorkin. They meet, start a two-year long drug-fueled relationship, and lose touch. They start e-mailing eight years later, and by this time Sorkin has written a call girl character into his TV show, The West Wing. Amber is a call girl and one of Dimitra’s best friends. She is attacked and nearly killed by a serial murderer who poses as a client. After Amber’s life is almost destroyed, Dimitra thinks being on The West Wing would restore Amber’s self-esteem. She tells Sorkin about the attack, and asks him to audition Amber for the show. After all, he always writes in his e-mails that he wants to be friends, and Amber is more gorgeous than anybody on The West Wing. But is he truly a friend? Or, are these only some of his many words on paper, so to speak? Confessions Of A High-Priced Call Girl is an extraordinary journey that will enthrall readers with its stylish writing, secrets and lies, wit and lust.