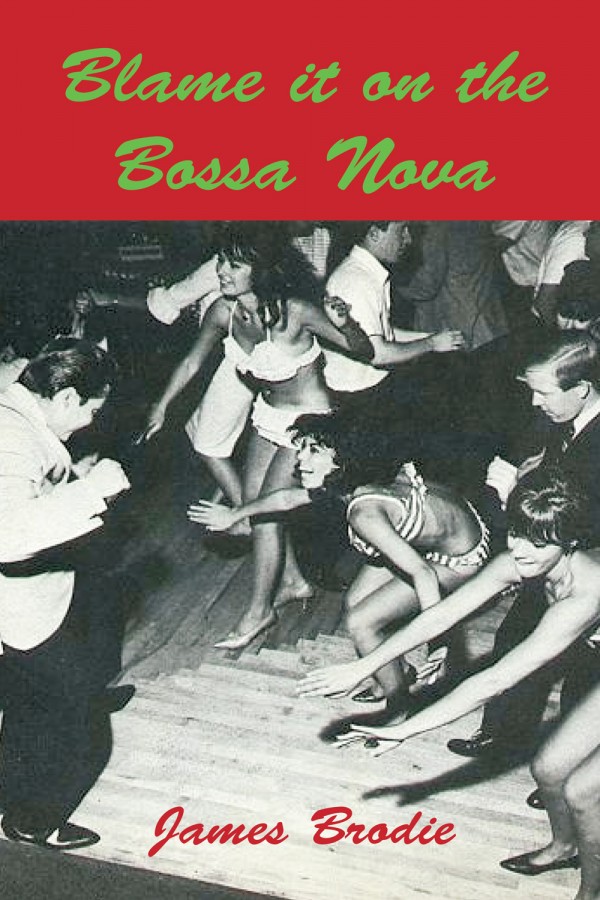 Blame It On The Bossa Nova

-“Hello Alex. How nice to see you again.” He pressed the end of the barrel to my forehead. “… It’s loaded. I do hope we don’t slip on any ice, or you don’t make a sudden movement.”
“He’s mad,” said the bloke on my left. “… A looney.”
I was suddenly sweating with fear at the sight of his maniacal face and the sensation of metal touching my face. How easy it is to die, I thought… stupidly, accidentally… how unimportant to them, how very important to me. I would be slumped in the back reposing into infinity and they would be nervously glancing at their watches wondering how long it was to opening time.
It’s 1963. The Cuban Missile Crisis is building rapidly towards its climax. The Swinging Sixties are beginning in earnest. An age of politics, espionage, danger, and sex.
Alex Marshall, a young dropout with nothing better to do than to fall in love with a French girl, suddenly finds himself very popular indeed. Recruited as a secret agent by not only the British, but also the Soviets and the Americans too, he is whisked away and plunged deep into the world of international espionage and dangerous politics.
Blame it on the Bossa Nova is a fast-moving, engaging mix of spy story, political thriller, and love affair. Frankly told from the perspective of Alex himself, now a much older and questionably wiser man, he takes the reader for a ride as he relives his dangerous years, uncovering some enlightenment in the process.