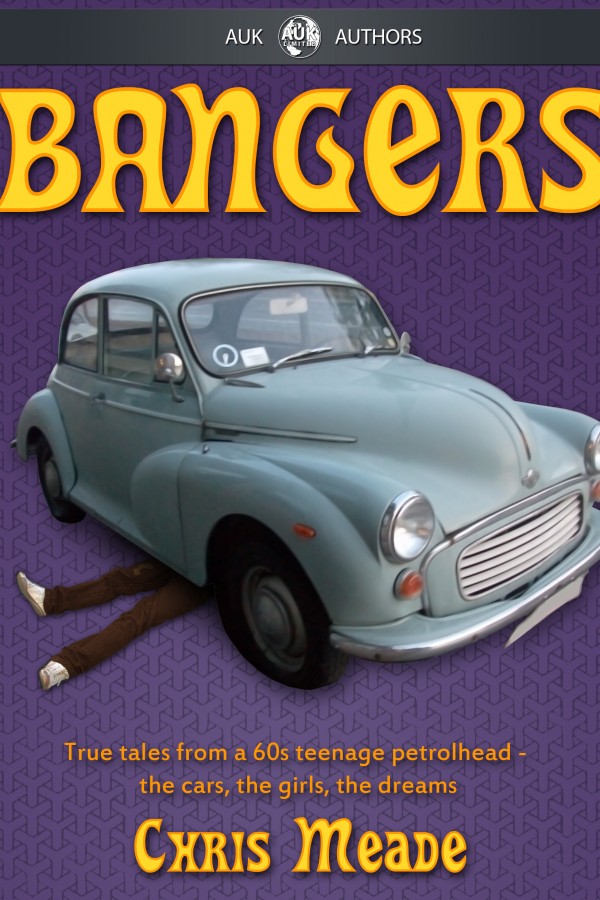 A teenage lad’s fascination with old cars. An even greater fascination with teenage girls. A sad lack of sufficient funds to pursue either interest with much credibility. A conundrum which has challenged car-obsessed male youth the world over since the fateful day in 1885 when Gottleib Daimler’s spindly-wheeled creation puttered out of its shed for the first time. Bangers relates how one impoverished would-be Lothario tackled these issues during the late 60s and early 70s. Successes were rare, disasters were commonplace but the adventures on the journey were entertaining and fulfilling – most of the time. An affectionate look back at a less constrained, less self-concious era, Bangers tells the story of a young man fumbling his way towards adulthood through tales of the many old cars that found their way into his life. Each of these crumbling wrecks moved him a fraction further down the path of enlightenment in his attempts to comprehend basic mechanics and female temperament – not that he ever got much beyond scratching the surface of either concept. In fact, 50 odd years and 70 odd cars later, he remains as bemused by it all as he ever was. However, two constants have remained with him throughout. One is the knowledge that he was always far from being alone in his obsession with old motors as a quick glance at the magazine shelves in any newsagent will confirm. The other is that someone, somewhere really ought to try and explain all this to the opposite sex.

Be the first to review “Bangers” Cancel reply