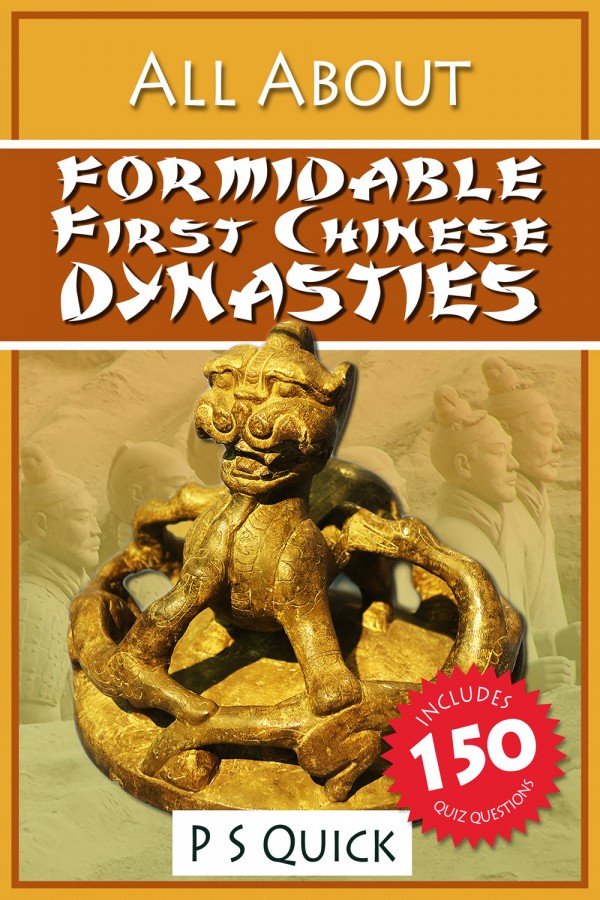 All About: Formidable First Chinese Dynasties

This book, filled with amazing facts and photographs, describes what life was like for people living in ancient China during the periods known as the Mythological, Historical and First Dynasty period of the Imperial era.

It covers the Xia Dynasty, Shang Dynasty, Zhou Dynasty, Qin Dynasty and Han Dynasty with information about the emperors who ruled as well as inventions and achievements in science, technology, engineering, literature, trade and much more.

The ‘All About’ series is an educational collection of books by P S Quick, and is targeted to interest ages 9 to 12+ but will fascinate readers of all ages. At the end of each book there is a quiz section for the reader, featuring 150 questions and answers.

Be the first to review “All About: Formidable First Chinese Dynasties” Cancel reply