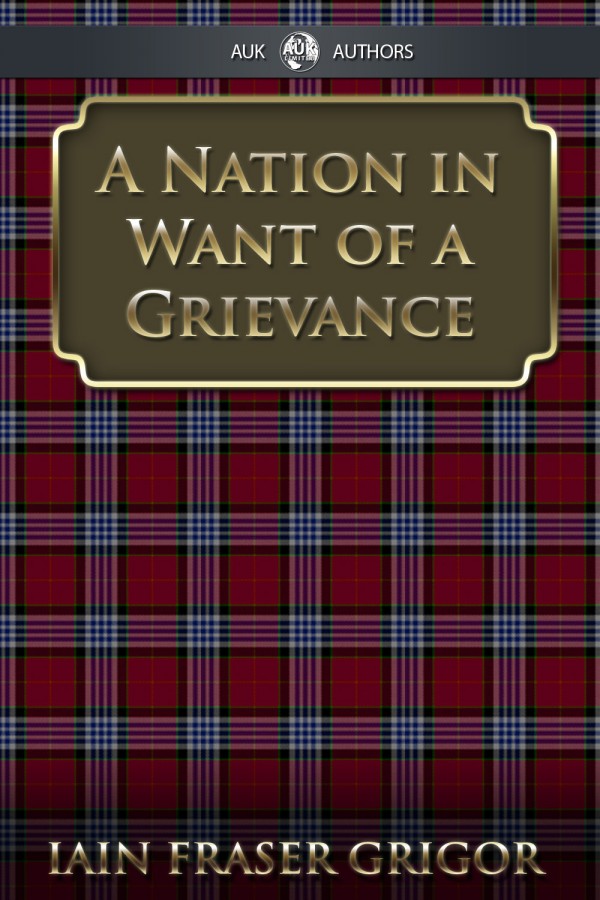 A Nation in Want of a Grievance

A Nation in Want of a Grievance takes its name from a 19th century editorial in the Times newspaper. It consists of a collection of 35 essays written in Scotland around the end of the 20th century and the start of the present 21st century. Some of these are directly concerned with Scotland, some are not. Some are documentary in character, others are fictional. The first essay is a memoir, in a spirit of fictionised reportage, of the last herring-fishery on the west coast of Scotland – a fishery in which the author took part as a trawler deck-hand. A second piece in the collection is a re-jig of Lady Gregory’s famous little one-act play, The Rising of the Moon, which has been re-written and located in the post-Jacobite Highlands of 1746. One piece of extended and research-intensive journalism examines in detail the long record of landlord chicanery relating to popular access to the waters of Loch Morar in western Lochaber. Another piece draws extensively on French and Spanish resources to tell the story – so far as it can be told – of Duncan Stewart of Balquidder, private doctor to Le Roi Christophe, the famous monarch of post-revolutionary Haiti. Oysters from Sweetings, meanwhile, is a fictional comment on modern Scotland in the style of John Buchan. The collection ends with two newspaper editorials. One, from a post-war edition of the Scotsman newspaper, is fictional, and relates to the forced merger of the churches of Scotland and England. The other is the Times editorial from the 19th century, in which Scotland is castigated as a nation in want of a grievance.